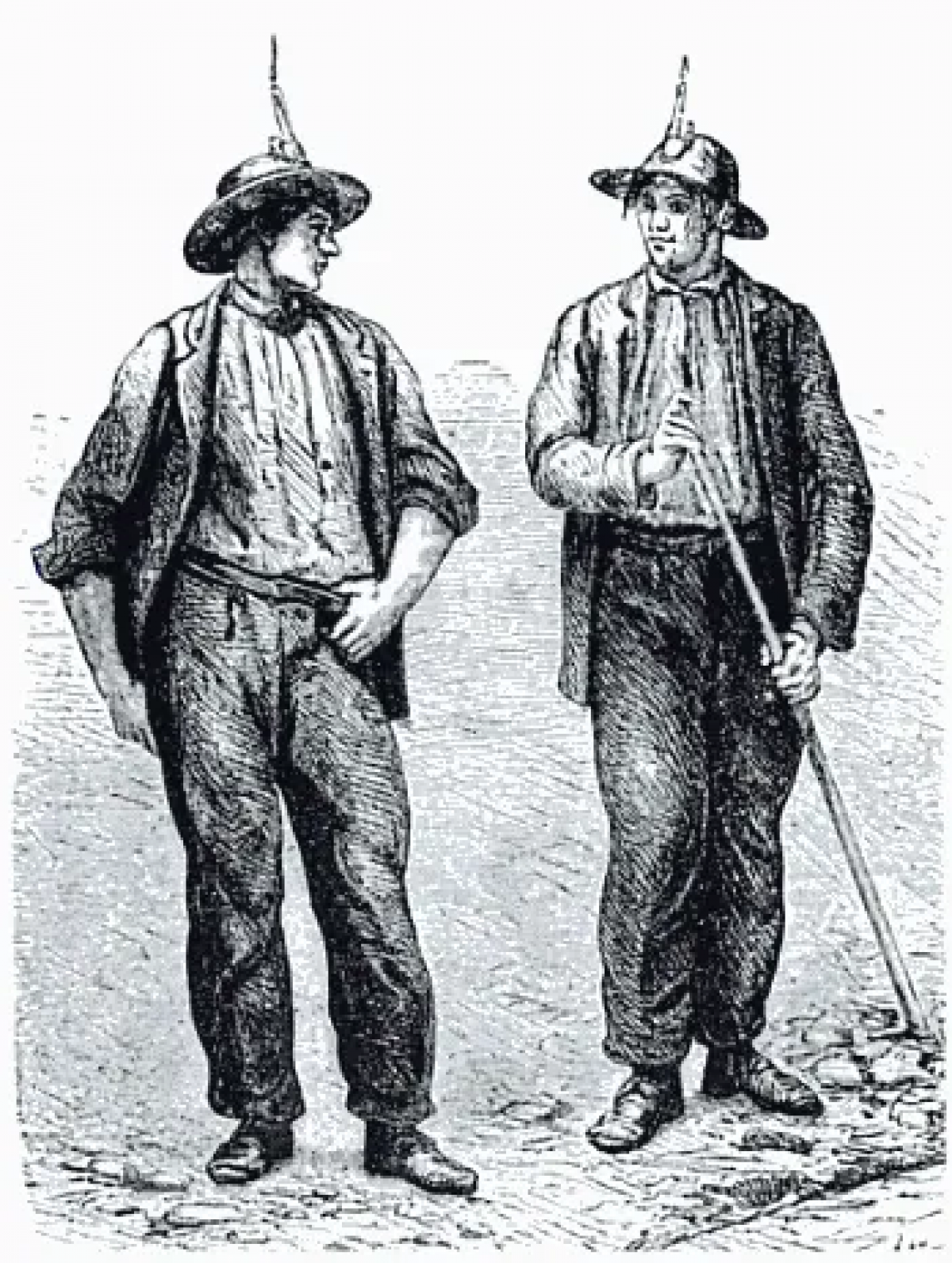 In Cornwall the January 24th  the Eve of the Conversion of St. Paul was celebrated as a holiday for miners. It is noted in Notes and queries from 1874:

“There is a curious custom prevalent in some parts of Cornwall of throwing broken pitchers and other earthen vessels against the doors of dwelling-houses on the eve of the conversion of St. Paul, thence locally called Paul pitcher-night. On that evening parties of young people perambulate the parishes in which the custom is retained, exclaiming as they throw the sherds, ‘St. Paul’s-eve, and here’s a heave.’”

According to John Brand’s Popular Antiquities (1870) he states that:

“The boys of Bodmin parade the town with broken pitchers, and other earthenware vessels, and into every house, where the door can be opened, or has been inadvertently left so, they hurl a ” Paul’s pitcher,”  exclaiming, “Paul’s Eve, And here’s a heave.” According to custom, the first “heave” cannot be objected to; but upon its repetition the offender, if caught, may be punished.”

This would suggest that the custom had an element of boundary perambulation possibly mixed with begging, although no money appears to have been extorted, but likely to be related to the luck giving akin to first footing. The folklore journal of 1886 notes that these pots were often filled with broken sherds and rubbish and after it was destroyed a new one would be purchased and thence filled with beer!

Robert Hunt (1903) in his Popular Romances of the West of England notes that St Paul’s had an association with tin miners. He notes that he possibly came over with the Phoenicians. Gwennap claims that St Paul preached there and obtained tin from Creekbraws mine, a belief supported by the local Methodists. He is also said to have preached to Dartmoor miners where a cross now sits on the road to Plympton to Princes-Town. Of course was noted for his persecution of Christians and in particular St Steven’s stoning. By stoning pots on the Eve of his Conversion, were they symbolising his bad deed before redemption?